Nanny vs. Babysitter: What’s Really in a Name?

As a nanny, one of my greatest pet peeves, which I’ll go out on a limb to say is a communal industry gripe, is when my job is reduced to “glorified babysitter.” It happens all the time. At dinner parties, family events, and even random social encounters, the topic of profession often comes up, and upon finding out that I’m a nanny, I get responses like: “You’re a nanny? But…what do you do all day?” Or better yet: “So how long have you been babysitting them?” To imply, obviously, that their understanding of childcare is turning on Nick Jr., throwing together mac’n’cheese, and texting all day.

Okay, maybe not everyone thinks that, but as someone who puts 50 plus hours a week into a job that I am deeply invested in, it can be frustrating to have that work so casually diminished.

Emily Dills, founder of The Seattle Nanny Network, worked as a nanny while in college, an experience she never forgets when sitting across from applicants she feels are undervalued. “I would have made a career out of working with children if there were more recognition in it. The nannies we represent are not just educated and experienced – they have a gift. They have chosen to dedicate their lives to working with private families in much the role of a teacher, yet there is no formal acknowledgment of that in this country. It’s frustrating.”

The biggest problem is that the majority of people don’t know what a modern nanny’s role is. Having a nanny isn’t the norm for most parents, and even in circles where it is, America doesn’t have the cultural familiarity with professional caregivers the way other countries, such as the United Kingdom, do. When we conjure images of nannies in the US, stereotypical – and often socially and historically uncomfortable – portrayals come to mind. We have turned the role into a caricature, so much so that we have no idea how to react to the real deal. It makes sense, then, that we would try to relate it to the nearest experience we are familiar with, which for most people is their neighborhood babysitter. But the two are not interchangeable.

A babysitter comes over for a few hours to monitor kids that she may or may not know well, usually so the parents can have a date night. She is there to make sure they eat and go to bed on time, and hopefully is able to make the process as fun as possible. More often than not, the majority of her babysitting time is spent while the kids are sleeping, and she is free to watch TV, talk on the phone, or do homework. She is paid in cash. She is likely on a roster of several local, trustworthy sitters the parents call from time to time, but is not indispensable to the family or an integral part of the children’s development.

On the other hand, a nanny’s role is to partner with the parents in raising their children. She is their physical extension when they are away from home. She is there almost every day, often for years, to nurture, protect, and teach the children she has been entrusted to, and has a major role in their development. While some nannies are paid under the table, most professional nannies worth their salt are salaried with benefits and, along with their employers, are complying with tax regulations. A nanny typically has years of experience in childcare, and many times has obtained degrees and certifications related to her job. Often, her expertise and wisdom is relied upon in situations where the parents might lack experience (for example, how to help a toddler transition with a newborn, potty training, dietary challenges, etc.). Nannies are often present at doctor’s appointments, sporting events, birthdays, and other family celebrations, and are a major part of the family’s life. So, why the lack of regard for such an important role?
I wanted to look into how the United Kingdom, which is the birthplace of the nanny, approaches the profession, so I reached out to Royal Nannies in London (a nanny placement agency serving the UK and making placements as far as Riyadh). Lucy, a recruitment consultant at Royal Nannies, offered a jumble of post-nominal abbreviations when asked about the applicant qualifications for their agency: “Nannies usually [have a] CACHE diploma, and often also have a NVQ diploma, MNT training, NEST training…”

“And,” she added, “our nannies have to have at least five years of professional nanny experience” to qualify for application, explaining that many candidates with daycare or primary school backgrounds wish to apply, but that the families feel it necessary they have “household experience” as well as degrees. So how does all this translate into, um, plain English?
In the United Kingdom, CACHE is a two-year degree from The Council for Award in Childcare and Education. According to Royal Nannies, about half those who graduate with the degree will become nannies, while the rest go on to be employed with nurseries, schools, and hospitals. Social workers with this degree “are particularly suited to work in child protection and residential children’s units,” they claim. And, if these qualifications aren’t enough, or if your children are older, you could also hire a governess. This role is an advanced version of a nanny in England; someone who, “in contrast to a nanny, concentrates on teaching children,” both as a primary and supplementary form of education.

“We still have a lot of work to do,” Ms. Dills said, with regard to raising awareness and recognition for the professional nanny here in the US. “But we have come a long way in the two decades I’ve been in the industry. There is a lot more confidence from the applicants, if that makes sense. I see more people wearing the title of ‘nanny’ with pride because of greater understanding of their role and acceptance.”

Perhaps we can take a cue from overseas where the industry is more regulated and formerly recognized, leading to respect for those who work within it. In the meantime, the best advocates for educating others about the role of a nanny are the nannies themselves, and the families who employ them.

There is nothing wrong with the title of babysitter; I started off as one. But a babysitter watches children. A nanny helps raise them. 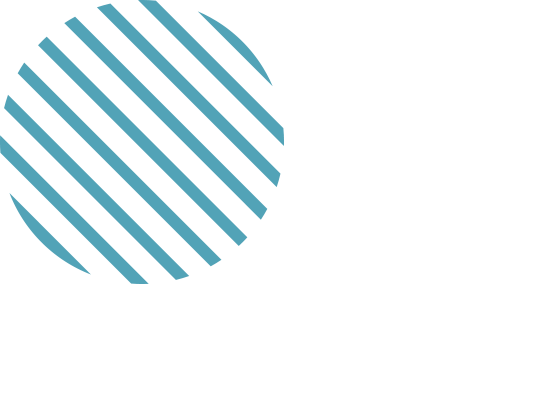